Though we typically think of hurricanes and tornadoes as the most destructive weather forces, there’s another threat hovering just outside Earth’s atmosphere that could cause far more damage: solar storms.

Estimates based on historical space weather patterns show that Earth may be due for a massive solar storm — an eruption of magnetically charged gas from the Sun’s surface — that could leave millions of people without power for up to two years and cost between $1 and $2 trillion. The impact would be disastrous in today’s technologically dependent society, disrupting everything from power grids and air traffic control to water purification systems.

“[A solar storm] is not something that will happen often, not as often as hurricanes, but the effect could be even more damaging,” Therese Moretto Jorgensen, program director for the National Science Foundation, Mic.

Thanks to an increased presence in space and improved exploration and observation technology, our ability to anticipate large storms and prepare accordingly is improving. But if we want to prevent widespread damage effectively, we’ll need to do more to anticipate it.

Research shows that Earth is due for a big one. According to a 2013 report from insurance market Lloyd’s of London and conducted by scientists from Atmospheric and Environmental Research, “very severe” solar storms happen about once every 150 years. The last one, known as the Carrington Event, happened in 1859 — 156 years ago. If the timeline holds, that would mean we’re due right about now.

Other experts corroborate these concerns, including a 2012 estimate by senior research scientist and solar storm expert Pete Riley, who predicted that Earth had a 12% chance of getting hit with a Carrington-level solar storm in the next 10 years. In March, the United Kingdom released a report ranking the risk of national civil emergencies for 2015, and the risk level of “severe space weather” based on impact is equivalent to that of a volcanic eruption or an emerging infectious disease.

The effects on Earth would be disastrous. When a large solar storm collides with Earth’s own magnetic atmosphere, it can cause drastic problems (think GPS systems, satellite communications and power grids). Even smaller solar storms mess with airline flights and communication, and widespread power outages inhibit access to clean running water and electric gas.

An extreme solar storm at the level of the Carrington Event could cause a power outage affecting 20 million to 40 million people and, depending on how quickly infrastructure could be replaced, last up to two years, according to the Lloyd’s estimate. At the time of the Carrington Event, the telegraph was the only working technological system used to communicate. There were reports of operators getting shocked and burned by sparks emitted from lines, and widespread outages lasted for several days.

To get a sense for how solar storms can affect a more technologically modern society, a slightly smaller geomagnetic storm in March 1989 gives a preview. That storm primarily affected Quebec, caused $6 billion in damages and left millions of people without power for more than nine hours.

What can we do to prepare? With the scope of potential damage from a solar storm in mind, scientists are working to develop tools that can better monitor when a solar storm will hit.

“You have anywhere from one to four days warning,” Sarah Gibson, senior scientist in the High Altitude Observatory at the National Center for Atmospheric Research, told Mic. “The only problem is you know it’s coming, but you don’t know if the magnetic field is pointing up or down. If it’s pointing up, it might not cause any trouble at all.  But if it’s pointing down, you have a problem.”

These solar weather predictions can warn power companies whether or not they should reduce power currents to protect against a coming storm. Companies can also take more preventive measures to build infrastructure able to withstand the power of a solar storm.

While space weather prediction technology is improving, scientists believe there is more to be done to better prepare Earth. Increased use of satellites and monitoring tools would help private companies and scientists better understand — and better evaluate potential risk of — solar storms in the future.

“Every year and every decade, it gets more and more important to track solar storms as we get more dependent on technology,” Gibson said. “It’s not something we can ignore.” 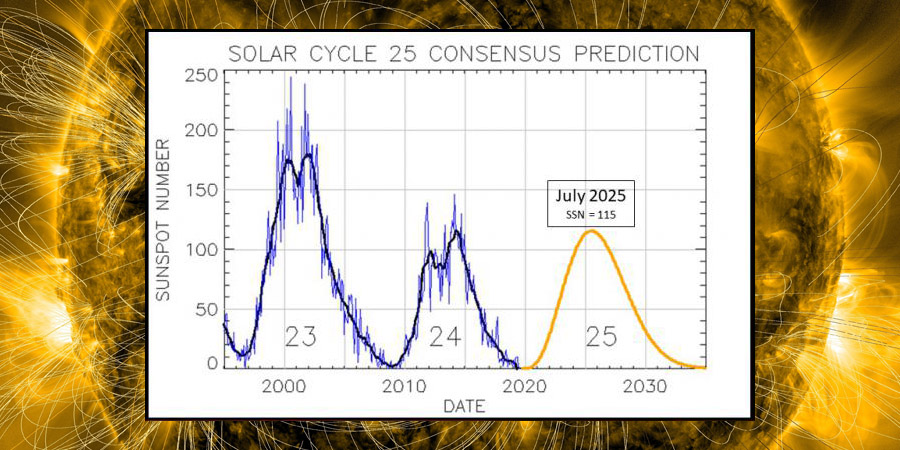 How Space Weather impacts your life

This site uses Akismet to reduce spam. Learn how your comment data is processed.