“It may still be that Saturn’s turbulent atmosphere of thick gases is obscuring some of the magnetic data, but it looks increasingly likely we will have to rethink the ways different kinds of planets can form magnetic fields.”

Some of the last data from the Cassini mission reveals more structure in Saturn’s magnetic field, but still no answer as to how it formed. NASA’s Cassini mission took a series of daring dives between the planet and its inmost ring in September 2017 before burning up in the planet’s atmosphere.

A first analysis of the data from the magnetometer instrument, built and run by Imperial College London physicists, shows that the planet’s magnetic field has a tilt of less than 0.01. The results are published today in a special issue of Science reporting the first end-of-mission results.

It was thought that magnetic fields around planets can only form when there is a discernible tilt between the rotation axis of the planet and the magnetic field axis. This is the situation on Earth, where the magnetic poles are offset from the geographic poles.

This tilt sustains currents in a liquid metal layer deep inside a planet—on Earth this is a liquid iron-nickel layer around the solid iron core, and on Saturn it’s believed to be a metallic hydrogen layer surrounding a small rocky core.

Principal investigator for the magnetometer Professor Michele Dougherty, from the Department of Physics at Imperial, said: “Each time we more accurately measure the tilt of Saturn’s magnetic field, it gets smaller, until now we are in a position where it is smaller than a hundredth of a degree. This is in sharp contrast to the Earth’s magnetic field tilt of 11 degrees.

While the almost negligible tilt is a surprising mystery to scientists, the team did spot some other interesting structures in the magnetic field close to the planet, which may hold further clues.

Closer to Saturn, they saw signals that hint at a secondary source of magnetism for the planet. Above the deep liquid hydrogen layer creating the main planet-wide magnetic field, they suggest there is a shallower layer producing many much smaller, stable magnetic fields.

There also seems to be an electric current flowing between the inner ring, the D ring, and the planet. The rings cut across the main magnetic field lines as they lie around the planet’s equator, and may play a role in shaping magnetic fields generated externally from the planet.

Study co-author Dr. Gregory Hunt, from the Department of Physics at Imperial, said: “There are tantalizing signatures of other fields at play in the magnetic environment of Saturn, potentially influenced by the rings or by the wind patterns in the atmosphere.

“Despite Cassini’s mission ending a year ago, we will be digging through the data and making new discoveries for years to come.”

The team is looking closer at these phenomena and modelling possible structures for the interior of Saturn. They will also be combining their data with that of other instruments on Cassini. For example, combining the magnetometer data with gravity data could allow them to work out the mass, size and density of the planet’s core.

Deep inside Saturn, buried under more than 10,000 miles of clouds, a sea of liquid hydrogen blisters and boils, racing with electricity that transforms the whole planet into a giant magnet, reports Kate Becker at PBS.

Planetary scientists believe this phenomenon, called a dynamo, is what generates magnetic fields around all the solar system’s gas giants. And deep in Earth’s core, the same process also creates the magnetic field that protects our planet from the ravages of “space weather.” But new magnetic field readings from the Cassini spacecraft are forcing some planetary scientists to reconsider what’s beneath the obscuring clouds of the great ringed planet.

After almost 13 years in orbit around Saturn, Cassini began its “grand finale,” a series of 22 thread-the-needle orbits that pass inside Saturn’s rings. As Cassini polished off these final orbits, it prepared for an even more dramatic climax, making a swan-song swan-dive right into Saturn. Before it lost its communication link with Earth, the spacecraft gave scientists their closest-ever look at the planet’s magnetic field. The results help resolved a longstanding mystery.

The earliest hint that something was unusual about Saturn’s magnetic field came from the very first probe to fly by Saturn, Pioneer 11, in 1979. Scientists were keen to use Pioneer’s magnetometer readings to figure out the tilt angle between Saturn’s “true north”—it’s geographic north pole—and magnetic north. As here on Earth, most dynamo models show a sizable tilt between the poles. But Pioneer measured Saturn’s tilt angle to be puzzlingly small, somewhere between zero and one degree. Voyager 1 and 2 confirmed the measurement when they flew by in 1980 and 1981.

That was a jolt for scientists. “A planetary dynamo, in its simplest terms, consists of two separate things,” Dougherty explained in a 2016 interview with NOVA producer Terri Randall, “an overturning, bubbling motion,” called convection, plus fast rotation inside the planet. Think of it as a pot of oatmeal being stirred and simmered at the same time, she says. The combination of the two types of motion causes currents to flow, and those currents generate a magnetic field. The details are notoriously abstruse, but, Dougherty told NOVA, “All the theory to date tells you that, for a planetary dynamo to continue to operate, you need the resultant magnetic field to not be symmetric.”

Not everyone agrees that Saturn’s uncannily aligned poles are a fundamental problem for dynamo theory. To Stevenson, the result is a puzzle but not a deal-breaker. In 1980, Stevenson proposed that, deep within Saturn, the magnetic field does have a tilt, but that the tilt is “screened out” closer to the top of the atmosphere. Still, he says, he suspects that the screening is, at best, a partial explanation.

For reasons that scientists still don’t understand, Saturn operates differently from its most closely-related planetary cousin, Jupiter, where the poles are 10˚ apart. Other planets with dynamos also register tilts. Earth’s magnetic and geographic poles are about 11˚ apart, and the tilts are even bigger on Uranus (59˚) and Neptune (47˚).

But the closer Cassini got to Saturn, the harder Dougherty’s team had to work to make sense of the data. The magnetic field gets stronger as the spacecraft approaches the planet, meaning the magnetometer needs to switch into a little-used High-field mode, and set its “zero” level by rolling the spacecraft in two perpendicular directions, a dangerous maneuver. The team also has to reconstruct the spacecraft’s path with extreme precision. “Close to the planet, we are in very High magnetic field, so even if we have a very small error in our knowledge of the pointing, that’s going to give us a huge error in our knowledge of the magnetic field,” Dougherty says.

So far, though, the results are as mystifying as ever. “We thought if we got inside the rings we would somehow see a clear tilt, and we don’t see that,” Dougherty says. Dougherty and her team had whittled the tilt measurement to under 0.06˚. She hopes that the full end-of-mission measurements will give them the data they need to measure a tilt as small as 0.015˚—maybe even less.

Perhaps, as Stevenson suggests, the tilt is there, but it is being masked by other effects Higher up in Saturn’s atmosphere. To help investigate that possibility, researchers combined magnetometer data with gravitational measurements from Cassini’s Radio Science Subsystem instrument, which exploits the Doppler effect to map out Saturn’s gravitational field and probe the motion of its inner layers. One thing they are looking for: strong, deep winds that could enhance the screening effect and help explain why it might be more powerful on Saturn than on Jupiter.

Otherwise? “We’ll have to come up with a new idea,” Dougherty says. “I don’t know what that idea is, but there are lots of theoreticians out there that are champing at the bit.”

The Daily Galaxy via Imperial College London and PBS/NOVA

It is alive! - DSCOVR 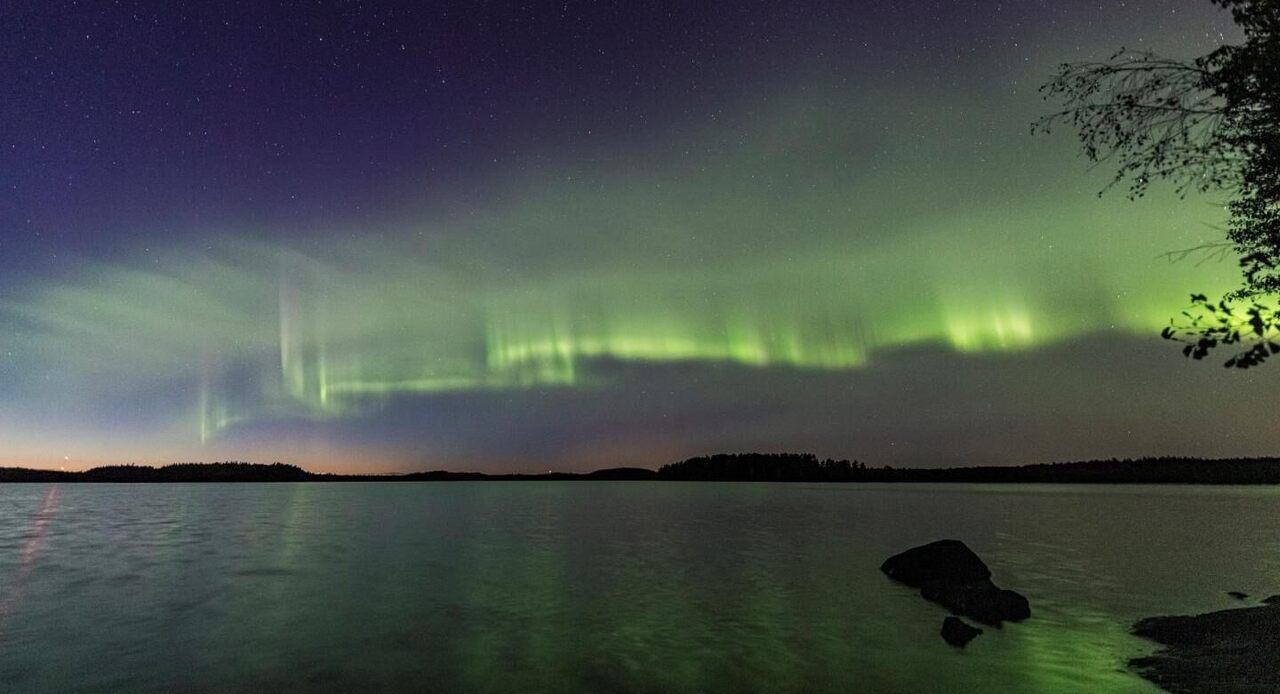